Study the potential energy curve of a water molecule at various H-O-H angles while keep the bond length fixed. 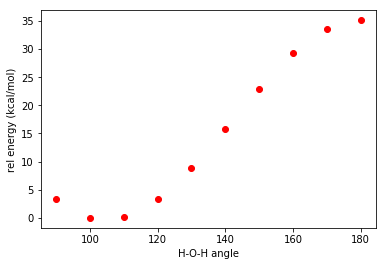 An .xyz file has the following general format

Put the water molecule on the x-y plane with O at the origin, it’s easy to write down the expression of the coordinates. 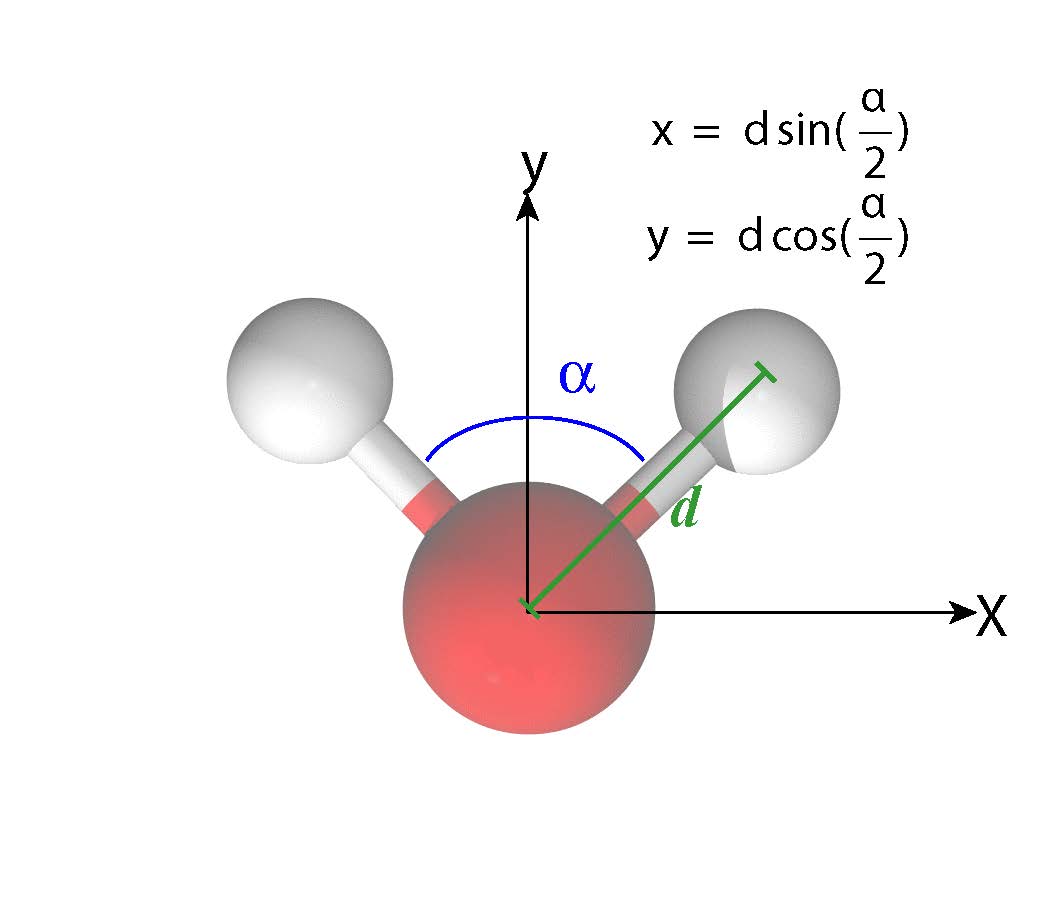 A basic jobscript for the SGE queueing system looks like the following:

Now let us write a python script that can generate the input file for all the geometries we generated in one batch:

First in your terminal, create a new directory. Go to that directory and create a folder called “xyzfiles”, and copy all your generated xyz files into that folder. Run “pwd” and remember the path that is displayed. Then let’s move to that directory in our Jupyter notebook.

Now in your terminal, type

And check what you have. Slight modification of your script can enable batch job submission too!

Here we’d like to read out the final energy from the terachem output files and convert the unit to kcal/mol, and plot the potential energy curve.

Here we plot with matplotlib, but there are many tools for creating scientific figures. We will cover that topic in future tutorials.

This will generate the potential energy curve shown at the beginning of this tutorial.